A Private API Gateway is a local gateway for processing APIs directly from your own servers. API Manager security features are configured at the API level or security profile level and are cached in the Private API Gateway, which are then referenced during API runtime as described below.

This diagram displays the system architecture of a Custom API deployed on-premises with a Private Agent and a Private API Gateway: 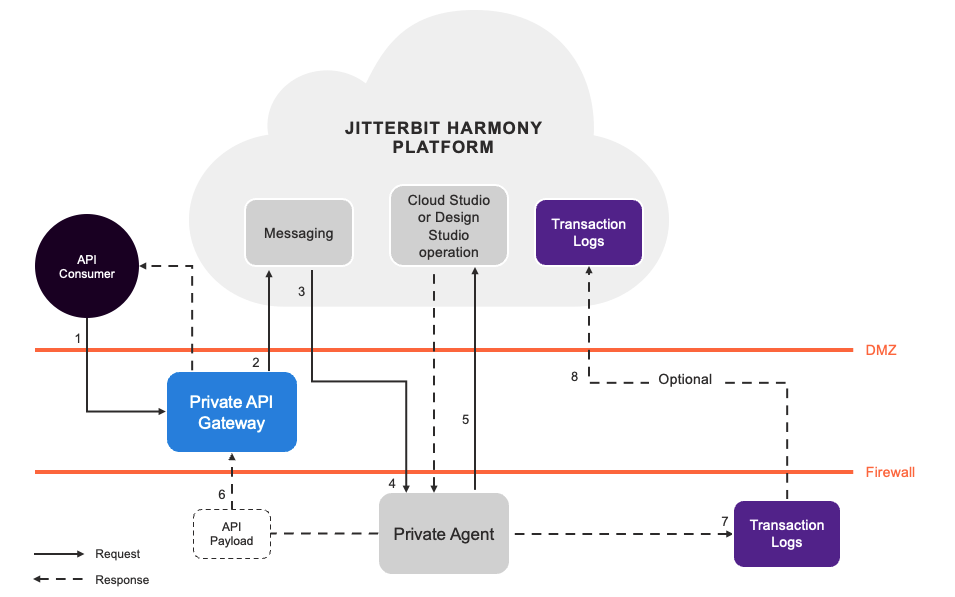