This connector can be used only with Private Agents.

See Jitterbit's comprehensive ADP connection documentation, which is provided at a dedicated website. Configuration details such as these are included:

Together, a specific ADP connection and its activities are referred to as an ADP endpoint: 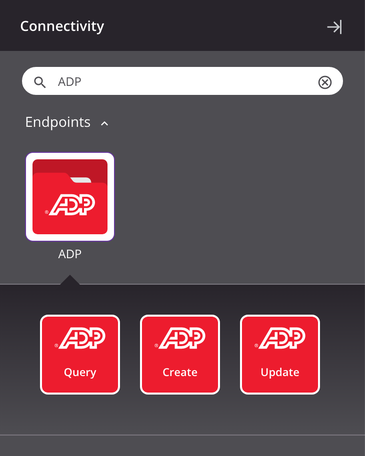 This connector requires the use of a Private Agent.

Refer to the documentation for information on the schema nodes and fields.

Verbose logging can be enabled for this connector. See Verbose Logging for Connectors for details.