Together, a specific Amazon SQS connection and its activities are referred to as an Amazon SQS endpoint: 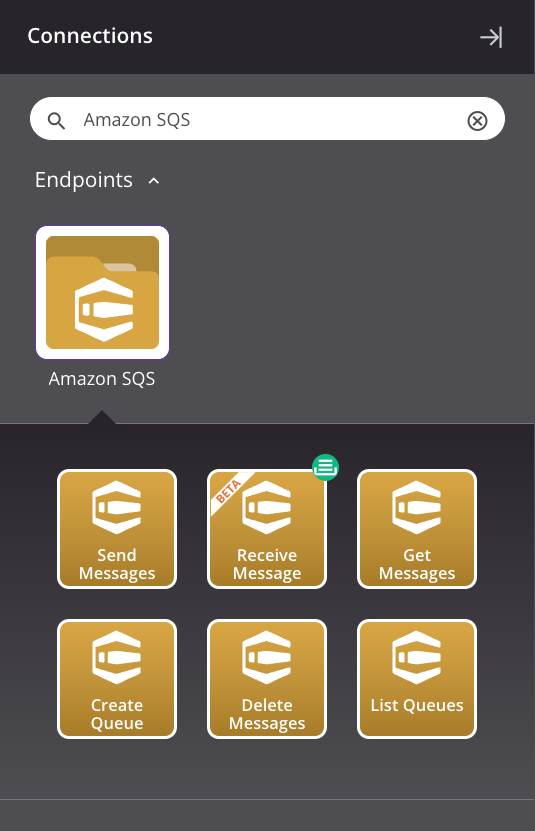 Verbose logging can be enabled for this connector when it is used with a Private Agent. See Verbose Logging for Connectors for details.

The Amazon SQS connector requires the use of an agent version 10.1 or later. These agent versions automatically download the latest version of the connector when required.