Together, a specific Shopify connection and its activities are referred to as a Shopify endpoint: 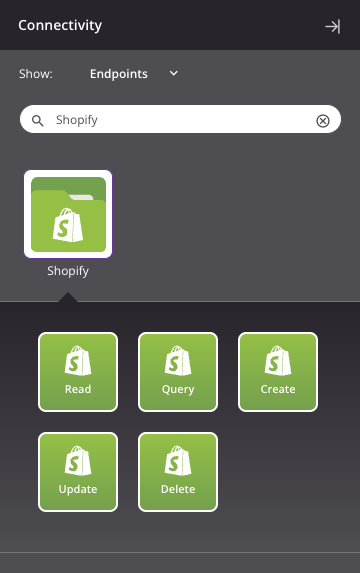 Verbose logging can be enabled for this connector when it is used with a Private Agent. See Verbose Logging for Connectors for details.

The Shopify connector uses the Shopify REST Admin API 2022-04. Refer to the API documentation for information on the schema nodes and fields.