The Export or Export Project options are accessible from these locations:

In addition, the project export screen is accessible using the Export link at the bottom of the Project Settings screen (see Editing Project Settings in Project Creation and Configuration).

On selecting Export or Export Project, the project export screen opens, where you choose the export options and generate the project as a JSON file:

To begin the import process, from the Projects page, click Import to get started:

On the next screen, you import the project: 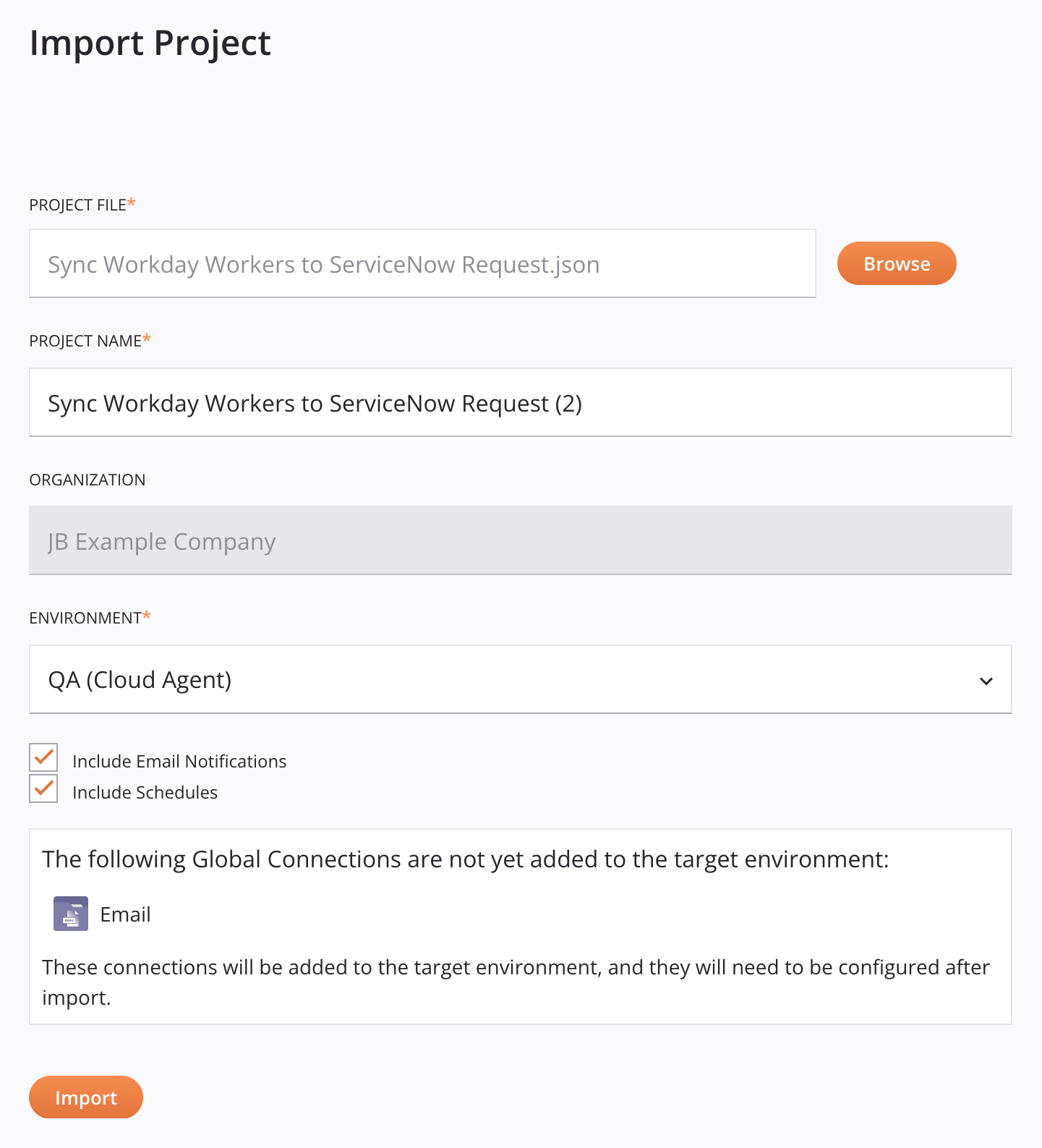 If the project being imported uses connectors that are available only on Private Agents, those connectors will be disabled after import to Cloud Agents.